Welcome To The Realm of Punk Fiction

<!--EndHeading--!> <!--ImageGroup--!> <!--Freetext--!>Punk Fiction began as early as the opening of the Industrial Era of the Modern Age when man had imagined what life would be like by the late 20th century drawing from Leonardo Da Vinci's paintings of modern engineering reaching a maximum. Man later took up interest in futurism yet some wanted to imagine how it would begin starting with the vision of William Gibson imagining a crazy transition from modern into futuristic times though not without the problems of man's power mongering and will to dominate society as well as crime lords seeing windows of opportunity for gaining power to create a new wave of terrorism in society yet also presenting the problem of being unable to identify the division between human and machine. Finally how they envision the end of times, what society would look like and how it will operate at the edge of mortal man's time in a world dominated by technology but experiencing a rise in telesthetics which are psychics with greater potentials than they exercise, dealing with a world overrun by a psycho or power struggle society turning cities into slaughter game grounds for global dominion with the psychic or bio-grown having the key to create paradise. All such is punk fiction at its most and finest, yet we see the evolution from a calm world of the free-spirited to a crazy world of the innocent who's challenge is survival. Punks always bring some form of turbulence or dystopia into a world that seems to be able to find equilibrium no matter what because that's the truth about the mortal world that cannot be displaced by rose colored hippie glasses, a Mary Sue novel or a fabricated sense of security.<!--EndFreetext--!> 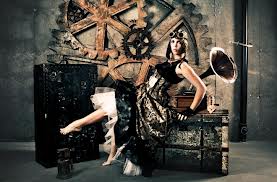 <!--Freetext--!>Steampunk is an adventure across the world and across time as it is a dazzling experience of sword battles, romance and meetings with fantasy creatures of the fabled realm. Steampunks take a stand against the conscious controlling society of the time known as the Vaticans and are what many people transformed the Free Masons into the myth thereof. In the real world they are a culture of people fixated on Leonardo Da Vinci's visions of a modern world and the French and English vision of the late 20th century. Steampunk is the Castle Age man coming into modern times through slow adaptation and strong interest of possibility with inventions. 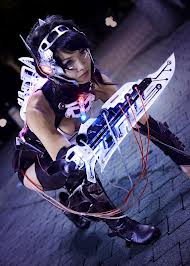 <!--Freetext--!>Cyberpunk is an uprising, a struggle to live in the new age of man and finding one's way in the world of technology as one experiences the intense gun fights, maintaining the existing utopia that is just starting to exist and find balance between man and machine. Cyberpunks are at a standoff against the mighty corporate world which has declared itself the ruling body of the world and those whom are thralled through them such as cartels and the indoctrinated who would do anything for their corporate lords, cyberpunks are the revolutionists/freedom fighters/liberators of fiction. In reality they are a culture dedicated to super tech, living like they were real life cyborgs and looking at any corporate overlord or political (Progressive system) situation to be a motivation to enact a sort of revolutionary uprising for the greater good and to create utopia. They want themselves to be a real life enactment of William Gibson's fictional works of futurism and the living epitome of Shirow Masamune's Ghost in the Shell where they act as cyber cops to protect the utopia system. Cyberpunk is the Modern Age man moving into futuristic times where technology takes over the mobility, livelihood and views of the global urban society. 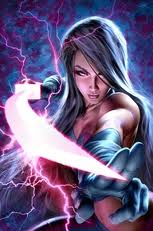 <!--Freetext--!>Mistpunk is an act of survival against a psycho world and a resistance against the realm of nightmares filled with escaping lock-downs against dark experiments, finding ancient powerful artifacts that could change the fate of the world and unraveling clues to restore the world in paradise! Mistpunks are at odds with a mechanical society which is a society of people who have been indoctrinated or made into husks fighting vainly for their tarnished civilization who's compassion for humanity is all gone and are out to butcher good people for the sake of power and control of the world. In reality they live like the world has fallen into a maddening apocalypse where humanity is trying to tear itself apart, they use any form of apocalyptic prediction, political turmoil, warfare or any form of murderous crime to enact the view of the world locked into a time of Armageddon. Their culture is in the veins of any work of fiction that plays out such scenarios to be at the end of time when survival is the only option left, because the future world is crumbling into crazy ruin, thus Mistpunk is the vision of the Future Age man enduring a seven years turbulence before the arrival of the Golden Age known as a time of global paradise.

Mistpunk Works: Wolf's Rain (sort of but was the inspiration), still to fill up in time.<!--EndFreetext--!>