<!--ImageGroup--!> <!--Freetext--!>The warrior is the tank in all tales, he bears the most wounds and charges into the thickest battles sodding the consequences. They might serve a king, join the army or crusade against the wicked but whatever they decide to do they are the arms of all kingdoms and peoples. Some warriors belong to tribes and others to countries in which they are made to enact law and order in, they behead traitors and murderers especially adulterers. A warrior can crash a cluster of enemies sending them flying or falling depending on their strength and weakness checks and in those moments a warrior loves to use his adrenaline force to make impact. They are also in sports events like a proving brawl or jousting and always reap the rewards of wealth, fame and desirable women or men if they are female.<!--EndFreetext--!> 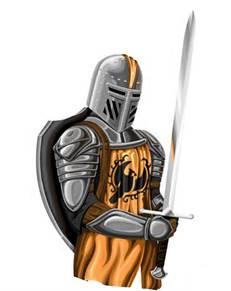 <!--Freetext--!>Warriors who are loyal to a king and his kingdom after doing a quest for him swearing to serve the kingdom to his dieing day. He serves only a just king but when a king turns unjust he only takes on a quest of stealing something for his king to make him satisfied so he doesn't end up in a king's quest for power.<!--EndFreetext--!> 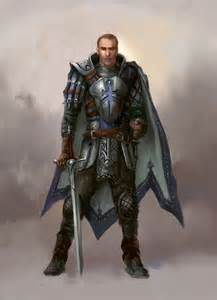 <!--Freetext--!>Warriors who are knights but not sworn to a king of any country yet in service to all kingdoms through all aspects of their life, if one kingdom needs help they aid them. They do not take part in coup attempts nor to help a king conquer another kingdom, they leave them to do that by themselves if they desire that. Wardens are widely known for their endurance and use stamina as well as will to preserve them in battle and win their battles.<!--EndFreetext--!> 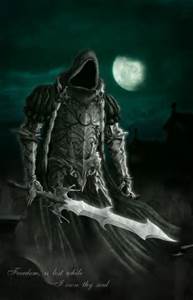 <!--Freetext--!>Warriors that use carnage and blood lust along with reaving the life force of the living and cannibalizing the dead to keep themselves regenerated. Yet in turn for such a discipline they sell their souls to evil forces to have a weapon that could suck the life out of a slain enemy taking their soul to strengthen their sword.<!--EndFreetext--!> 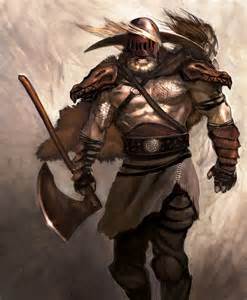 <!--Freetext--!>Warriors a bit like spartans but more dependent on brute force over skill, style and speed feeling that with a good axe and a good shield any battle is won. There is also blood rage which makes a warrior more alive than ever for battle is his way and his will.<!--EndFreetext--!> 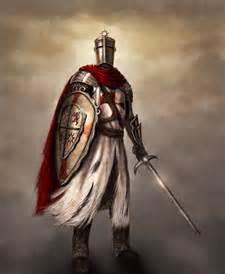 <!--Freetext--!>Warriors who gave themselves as a servant to a church and the deity thereof but more in the sense they swear a vow upon their blade to hunt evil wherever it lurks. They have special powers strictly made to combat evil in all its forms and that even means hunting Necromancers, assassins, pale warriors and nightingale rangers. <!--EndFreetext--!> 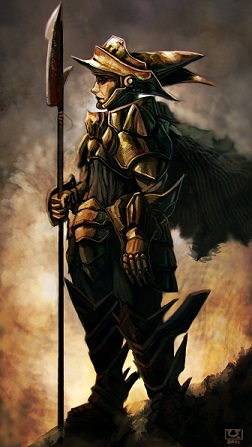 <!--Freetext--!>Dragon warrior is what they call a warrior who is rigged with dragon's blood having their strength, their power, their wit, their wisdom and their senses. Any man who has ever fought a dragon warrior doesn't last very long since they have a force greater than a barbarian at the peak of his testosterone flinging and more viscous than a pale warrior having demon forged weapons and armor. He could cleave through the toughest man-made metals like a knife through butter, adamantium could stand admirably for an hour against him and then expect to be spent before being struck down violently. Though this may make dragon warriors sound like titans of villains they are merely warriors who understand strength and for the most part have honor, as due to their sheer force and power they also bear a strong degree of mercy as they won't slay the weak, only those with the gall and strength to challenge them and a real taste for mayhem. They do enjoy a pure maiden or upright lad since being so over-powered can weigh on them as they are fearful of hurting the delicate, most dragon warriors are destined to become mighty rulers and are not apathetic to destiny.<!--EndFreetext--!> 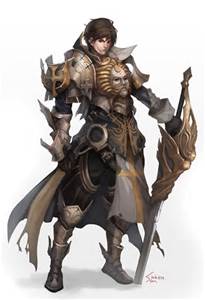 <!--Freetext--!>Warriors who are dedicated to a deity in service until the end of their service which means their departure from the mortal realm. They are the crusaders and bringers of light undoing injustice wherever they find it existent.<!--EndFreetext--!> 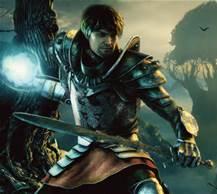 <!--Freetext--!>Warriors that exercise magic as much as they do the blade arts, they use their might and their power in concert to win their battles. To deal with a swarm they use purging spells, to deal with strong enemies they enchant their weapon to do more damage and to deal with a hoard they use area of effect spells. The rest of the time its their might with the sword and their use of a shield if they do that kind of thing.<!--EndFreetext--!> 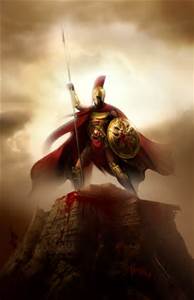 <!--Freetext--!>Warriors who also use a spear yet depend on less armor yet rather their speed precise striking to win their battles. Brutality with the sword and shield and accuracy with the spear is what makes a battle dispel itself.<!--EndFreetext--!> 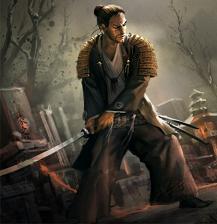 <!--Freetext--!>Warriors with the rogues wit, they use style and skill to win a battle that even though they serve the law of their king they also like an adventure that brings untold wealth for a change. They use the monk arts which is fighting with their bodies to turn the tide of every battle to their advantage giving their rogue side noticeability. Beyond that they duel wield since it is better to fight with two blades than just one in the end. In most fantasy they are often termed as 'sword master' meaning they are professional and well versed in the art of battle wherever they go. In the Elder Scrolls series they are a noticeable kind of warrior often referred to as 'Akaviri' because the discipline comes from the Akaviri Isles east of Tamriel, the Elder Scrolls is deemed probably the first fantasy in which asian culture exists in a fantasy work. Communities argue that the only asian culture that works in a fantasy universe in Japanese because it is medieval and most fantasy works are medieval. The Samurai of the Elder Scrolls universe exist as the 'blades' meaning dragon hunters and bodyguards of the emperors aside from a clan existing south of Falkreath Skyrim that is dedicated to the 'Way of the Samurai' and disciplined in the way of the voice. Unless a Samurai has to carry out a quest for his king then he'd be happy to tag along with an adventurer.<!--EndFreetext--!>


In A Warriors Pack 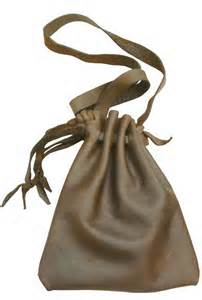 <!--Freetext--!>Warriors carry coin all the time since they like stopping at taverns and when they need to, they stop at an inn for the night when on the road for a quest, other times they carry food and other items they loot from their adventures in it.<!--EndFreetext--!> 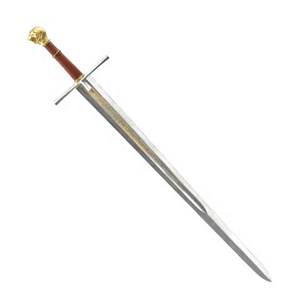 <!--Freetext--!>The sword is the warriors weapon to take into battle, to enact justice or to be knighted by a king and if enchanted to shatter locks when they want to investigate or loot a chest in a long abandoned place.<!--EndFreetext--!> 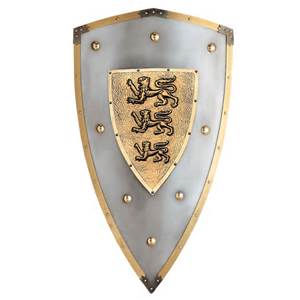 <!--Freetext--!>Warriors rarely ever are without a shield, only the dual wield and heavy sword bearers reject carrying a shield around since it is a burdenous object.<!--EndFreetext--!> 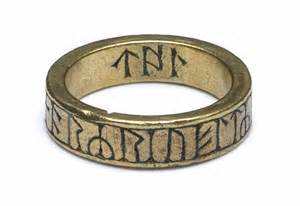 <!--Freetext--!>Warriors never say no to having a ring when they are enchanted but a few wear it for luxury reasons to express having a title.<!--EndFreetext--!> 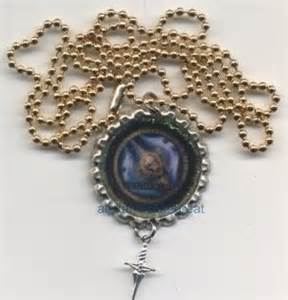 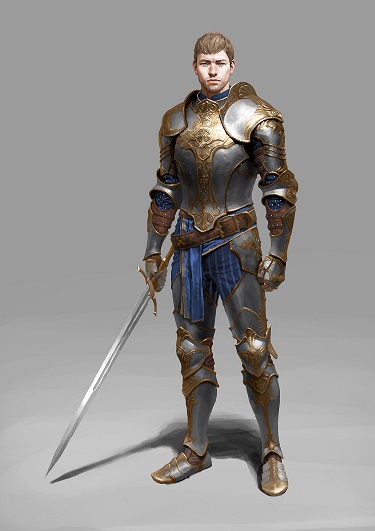 <!--Freetext--!>Warriors dress as you'd expect, usually the clothing equal to a merchant but that is the bottom most layer of their fashion, next layer up they don chainmail or quilted armor and final layer is all metal, iron, ebony or other forms of metal material. Some warriors wear helmets that sometimes have a face covering (which in some cases are what others call a 'pot helmet' which is a shell based helm) but none argue they are the guardians and the protectors of the realm. Warriors get no better lifestyle than that of a merchant or baron yet a still willing to do whatever it takes to maintain survival or the lifehood of the kingdom unless they are barbarians of course.<!--EndFreetext--!>