<!--ImageGroup--!> <!--Freetext--!>Superhuman fiction was created in the modern age and was the wild imagining of man to imagine humans given super powers through strange means, by evolution or by experiments or even lab accidents. They usually have two options, be guardians of the existing world or rule over it and if it doesn't bow, destroy it to create one where their kind rules the earth and the unevolved become the extinct. Though heroes or villians have their own methods of how they exercise their 'heroic' or 'villanious' deeds, they are defined by how much tranquility they bring or how much discord they create. The anti types are generally seen as the opposite effect of what they profess, the anti-hero is seen as a fanatic in his cause even though he sees violence as the only existing option to make the world a better place or simply break the villains ability to battle him as was the anti-hero standard in the Batman days. The anti-villain does what he thinks is a necessary evil to bring about a greater good, he sees the world is blatantly corrupt and so far gone that there is no saving the generation but setting the trap that will cleanse the world of one to make way for one who will do better stressing his methods and ideals are meant to create a better world (he sees himself as judge, jury and executioner). The rogues are the neutral beings in between who use their powers for their own design and gain and could care little about the fate of the world as they believe it goes back and forth all the time even if they never intervened, they'd just be seen as an inconvenience and an obstacle in the way so live and survive for themselves, not for the greater good or till the bitter end. Often the superhuman realm is the urban skyscraper city of the modern age where science is kept inside a facility, in the closet or in a secret location and they only give displays of their grand accomplishments in science and technology, the heroes believe it is meant for the betterment of mankind while the villains believe it gives man unlimited power and the rogues believe it is meant to enhance or evolve mankind. Some superheroes become part of a league that is government supported and used to ensure humanity's world was secure from domestic and foreign threats of higher power like hostile aliens or rogue machines. The villains often make pacts with evil organizations who have plans for global and even galactic domination, sometimes they will work to create massive dissent in the superhero order which to an end makes the heroes not trust one another so that they'd weaken themselves and in time get smashed by the villain organization, in some cases the villains would infiltrate the superhero order only to get caught by the superheros themselves. The rogues see endless struggles between both sides on earth and beyond because that is how good and evil are and always will be.<!--EndFreetext--!> 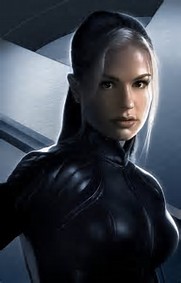 <!--Freetext--!>Nephilim are super-humans usually by birth and it is rare that they should happen by an experiment but they assume themselves to be mutants sometimes though they do not appear as such. Sometimes they see themselves fighting a lost cause fighting for their right to exist but other times they see themselves fighting those who by their nature love imposing discord in the world or universe knowing that as the powerful it is their duty to do so. Some people can be unappreciative and judgmental where others can be envious and admiring of them, those that aren't them but in rare cases are there those who'd use them for selfish reasons or use their own kind to destroy them for the mutual benefit of their guaranteed future of a secure humanity and secure power in their hands. It's as much a struggle for a Nephilim to fight evil as it is for them to live amongst normal people but they'd rather do the superhero thing than to be treated like the vile witch that villagers march against with farm tools and torches.<!--EndFreetext--!> 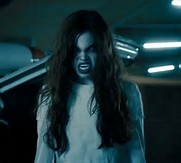 <!--Freetext--!>Mutants are super-humans by disease and sometimes are born with this disease which is unfortunate but most of the time they choose to be monsters as in tearing humans apart and devouring their remains. They see humans as the biggest threat to their very existence so they hunt them at night and hide from them during the day in order to survive, some of them are vampire and werewolf mix while others of them are closer to zombies or mummies. Only a few mutants ever seek a cure leaving the rest to scavenge through graveyards, in morgues or find missing bodies and cannibalize them before the humans recover the lost dead to prepare for burial. The few mutants that are good guys are only found in tales like I, Frankenstein, Spawn, and other stories about the most violent of anti-heroes since mutation by default still causes the diseased to be in some fashion or another, bat crap crazy and that is a nature they constantly struggle against. Most of them of course may choose the mercenary life just to fight for the kill thrill and to make some big money doing so, mutants like Croc from the Batman series are frequently recruited into suicide squads which are mercenary armies designed to get the villains killed but if they survive then they get perks respite being stuck in prison.<!--EndFreetext--!>

<!--Freetext--!>Savanteers are named after savants whom are people with rare but special gifts and talents, the savanteers dedicate their lives to thier obsessive desires and needs to improve the world, improve technology or improve their state with their given skill or genius. Sometimes they own a company or they are trying like a steampunk engineer to come up with a groundbreaking profound invention that will change history, however for them it becomes the groundbreaking thing that makes them a master superhero. They are only superheroes by natural DNA or genius that makes them one of a kind and almost as collossal as the heroes of mythology whom the elder civilizations assumed were offspring of the gods, they however see themselves as merely divinely gifted by spirit standard or by standard of the universe. Few savanteers are the equivalent of a mad scientist who's inventions are unstable or make them psycho.<!--EndFreetext--!> 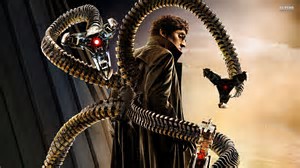 <!--Freetext--!>Terrornauts are superhumans under the standard of less than a savant, they are just highly creative or intelligent enough to come up with very deadly inventions with the design of trying to shake down or obliterate society. They see the human race as wasted and only worthy of being recycled unless they miraculously evolve, one terrornaut is definitely the Joker and another is Doctor Octopus because they are merely intelligent enough to make things scary unstable. Sometimes their pride is the reason behind their villiany which hardly makes them villainous as if they have some decency then they'd undo the damage they caused but if they could care less then entire societies must fear for their lives. Though in the dark ages they were seen as either heretics that centuries later would plot revenge or as powerful lords who could trust their system always had a way to work in their favor, in this day and age they are viewed as equal to the nerd living in the basement who's dull fantasies would never come to fruition except in the digital world so they resort to highly lethal experiments to make something that could do a lot of damage.<!--EndFreetext--!> 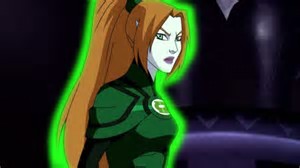 <!--Freetext--!>Terrestrians are superhumans by race as in they have always been super-powered and their entire species or people are also that way but it seems to present a problem as they seem to take everything for granted and do more damage than good but that isn't the overall of their race. The good ones prefer to imagine the possibilities of the future through what they discover rather than use their powers for conquest, dominion or annihilation of those they have strong disagreements with. Often the chosen one to their people is one that is from a more primitive world and comes to know of their hyper-advanced world and in turn is amazed by it that if they are super-powered from a world where few to none are that way then they greatly desire to live amongst these intergalactic people. They may appear with large black eyes, fish fin ears or unnatural colored bodies or hair, less or more than natural number of fingers, most anything that seperates them from humans yet left with a choice to protect lesser species or destroy them and most of the time they prefer to preserve them in spite of the fact they may be accidentially worshipped, they have only the desire to help all species survive the test of time.<!--EndFreetext--!> 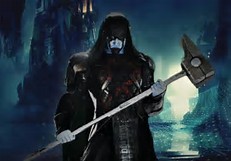 <!--Freetext--!>Necromonger's are super-powered aliens with freakish powers and seek after means of which bring forth grave fear and destruction that either makes them into worshipped or hated beings turned into demons of legend. They see all other life as weak and believe everything belongs to the game of evolution, thus in their minds life in the galaxy is unworthy of existing or surviving if it doesn't evolve into something powerful in the given process which it is supposed to evolve. They wage all out war on any planet or species that proves to be weak and wasted in its very being, some necromongers go so far as getting synthetic parts to their bodies, getting very powerful technological artifacts that collect the power source that gave birth to all existence and the universe itself or they undertake freakish experiments that may transform them into monsters for the sake of becoming bigger and more powerful than anyone. Necromongers love wearing tattoos, dark rough and rigid clothing, getting spliced genetically or getting piercings for the sake of showing how much of roughian villain they are thus having little care for the evil they do unto others for they'd like to think they are at the peak of all evolution and answering only to the food chain, regardless how they think it doesn't make them better or more right.<!--EndFreetext--!>