<!--ImageGroup--!> <!--Freetext--!>The ranger is often your woodsman but is also the tower watcher in every mode of fantasy and sometimes is the barrager with a spear in war. They aren't thieves and definitely aren't assassins since they don't get paid to raid an entire castle, fortress or village, they don't do so unless they are in a cult or because they are crazy and thus are inherently evil. They love to hunt which is what separates a ranger from a rogue, often you can find them in tribes which they are the main arms of as tribes rarely like conflict unless they are barbarians. They could even slay a foe from hundreds of yards away with but one arrow since they dedicate themselves to the focus and efficiency of hitting one from a long distance. They only sometimes set up traps specifically for hunting or taking down an intruder, many rangers are kin to nature because the woods become their home and their way of life so they will fight to the death to protect it. They are also the ones who can warn people of the beasts or tricky mythical creatures that lurk in the woods when they pass by and are the most adventurous of all the classes.<!--EndFreetext--!> 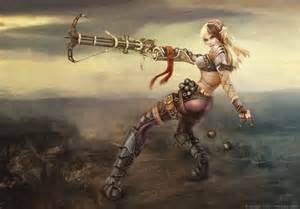 <!--Freetext--!>Very simple rangers who are part of the king's army whether they use the bow and arrow or the crossbow is really up to them, they sometimes notch flames to their arrow and sometimes have a mage make them explosive rounds.<!--EndFreetext--!> 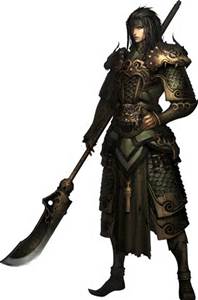 <!--Freetext--!>A ranger specializing in other fighting arts besides the primary bow and arrow but overall prefer the spear to any other ranged weapon so that when they fight close enemies they can parry them and toss the spear to take out distant ones. Their allegiance is never clear since they fight for neither the forces of the fair nor the wicked, they just want to live their own way out away from the kingdoms, it seems they have to fight for even that solace. Some fight for armies while the rest are on their own.<!--EndFreetext--!> 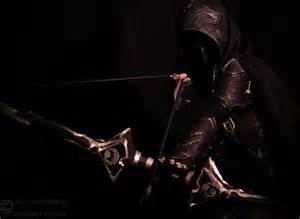 <!--Freetext--!>A very dark ranger who is usually the type who likes to start massacres to wipe out entire kingdoms they don't personally like. There is often bounties on their heads if anyone has spotted them causing them to vanish, they stick to the shadows so no light can ever trump their stealth. They intentionally cause kingdoms to war with one another so they can take the spoils when both have utterly vanquished each other. Their reason often for all the mess is because they joined a cult of which calls upon them to do certain foul deeds for their idol, other reasons are because they love a game of deceit, scandals, blackmailing and causing civil war then taking the throne when it is truly vacant.<!--EndFreetext--!> 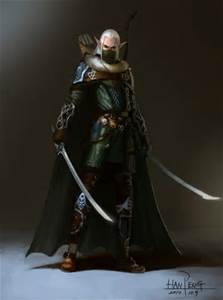 <!--Freetext--!>A rogue ranger who is as much a treasure hunter and thief as they are a master of the arrow using it to ignite traps or pale an enemies' advance. They even sometimes undertake quests to take on highly dangerous beasts seeing there is good coin in it and as rogues they are drawn to coin.<!--EndFreetext--!> 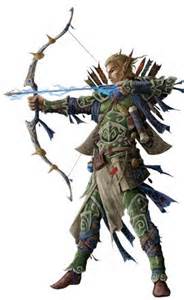 <!--Freetext--!>A ranger who professes in the magical arts, can transform into a beast, can summon nature from spirit to aid them and uses magic as part of their archery. They sometimes don full on beast furs to blend in with nature and they use their magic simply to protect the wilds. They have as good an aim as they have a focus in magic, so don't think about attacking them unless you like being a beast's dinner. In the Elder Scrolls universe, druids are often called 'wardens' and it is believed the practice stems from the early wood elves who were adamant about protecting the woods and preferred covert ways to take down enemies of nature. The practice in the series later was adopted by the early Bretons creating an order called the 'wyrds' who looked after the spirit of the woods and animals protecting it from those we were passionate industrialists.<!--EndFreetext--!>


In A Rangers Pack 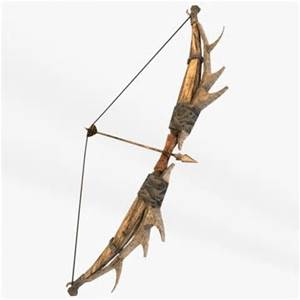 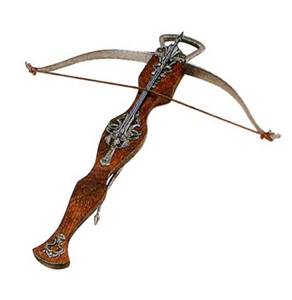 <!--Freetext--!>The rangers secondary weapon like the spear only the crossbow is good for battle or even hunting a tainted and foul creature. It is also a weapon commonly used by assassin sharpshooters.<!--EndFreetext--!> 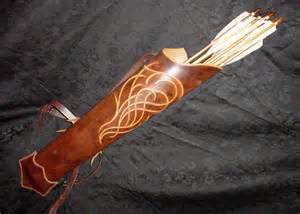 <!--Freetext--!>The bow is useless without the quiver that holds the arrows so don't assume you are playing with practice arrows for you are not. Without arrows you might as well use your hunting sword and your survival odds as a ranger is slim without the arrows.<!--EndFreetext--!> 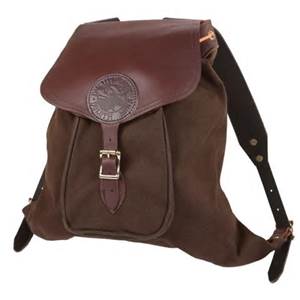 <!--Freetext--!>Rangers carry much with them for survival purposes and for hunting, it also bears camping equipment when they need to wrap up for the night.<!--EndFreetext--!> 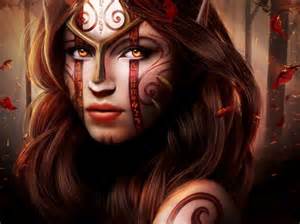 <!--Freetext--!>Rangers are the most common users of tattoos since its either for intimidation or for better camouflage when hunting or at war.<!--EndFreetext--!> 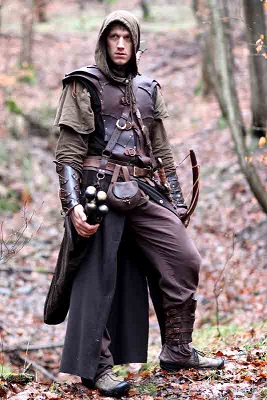 <!--Freetext--!>Rangers dress more minimalist than the other classes, they often come off similar to rogues in the peasant clothing but they don't mind really, they hate being flashy. If the demand for armoring up comes, a ranger wears leather armor instead of metallic or quilted since one is heavy and the other is adding heat to a likely already hot day. They take on the folded faup boots since they sometimes trudge through swamps, mud or other nasty locales, they have to wear bracers and gloves weilding a bow more-so than rogues as the bow can be unforgiving to the skin and the bow alone requires a moderate amount of strength. The tattoos aren't fashion but more war paint than anything else hence making the rest of the outfit a part of the person and their normally adventurous ways if they aren't having to guard their borders.<!--EndFreetext--!>