<!--ImageGroup--!> <!--Freetext--!>Mages make the other classes seem inferior but their magic has a limit as well since manna is in their blood and hands for when they exhaust it they become quite tired. If not careful they could destroy themselves or others by accident and have not only dire consequences but also a wrecked conscious. As it is the school of magic has clearly defined rules for the use of magic and by laws of the land they forbid the dark arts like necromancy, voodoo and blood magic. Mages have a sport of magical chess or spell bounce using minor spells to play ping pong with them and see who drops the spell first whereas magical chess exercises intellect and wisdom to win all which are a test of their magical strengths. They serve at the side of kings as healers or advisers and serve in churches as bearers of blessings necessary for one on their quest or adventure. They also craft enchanted items on request for their client to succeed in whatever quest they are on and sometimes the client is dishonest seeking the item for conquest or slaying a beast they detest of personally. They make the potions, the scrolls and the books that would benefit other mages or benefit non-mages in whatever it is they pursue. When in battle they depend on their powers to make the biggest difference between victory and defeat so they aren't a carcass in the end.<!--EndFreetext--!> 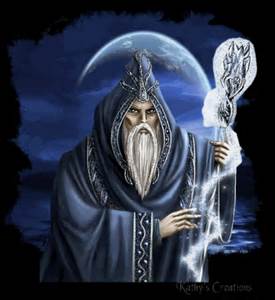 <!--Freetext--!>Mages who not only are keepers of knowledge but also deeply studied in the lore of magic to the point they are unmatched in their power. However for a wizard/witch it takes years of study in magic what they unravel makes a great difference when in combat. They learn every art from healing to nature to enchanting and warding, they are the most depended on in any adventure or party since they bring the goods usually. They bring scrolls, books and any form of magical knowledge needed for their spells and rituals to be effective.<!--EndFreetext--!> 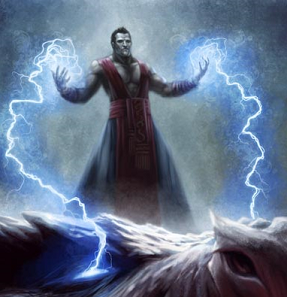 <!--Freetext--!>Mages who depend on no one and aren't loyal to anyone but their ability to weild magic to their own advantage. Sorcerers learn to feel the elements and draw them from the sources in their body or from the elements home. They don't need scrolls or books since they are natural learners and can even draw from the dream realm which has plenty of source of magic and power. Dressing scuzzily is rather common for a sorcerer though so don't be surprised to see a half-dressed to nearly naked sorceress anymore than to see a sorcerer who dresses like a barbarian.<!--EndFreetext--!> 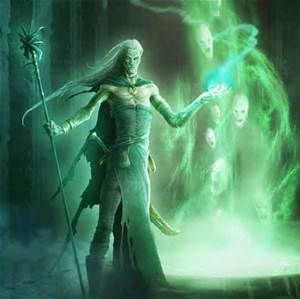 <!--Freetext--!>Mages that draw power from the spirit realm and summon the dead back from their graves to do their dirty will. Most necromancers hunger for power so they summon a zombie army to fight for them by consuming their enemies or anyone between them and absolute power. In many cases a necromancer uses blood magic summoning demons from the spirit realm to fight for them. They might even summon a spirit to embody an elemental golem forcing them through an enchanted rod to fight for them even as the spirit wants to rest. Necromancy is the biggest reason mages are feared above all the other classes, yet even mages can admit that necromancers are the worst example of magicians. If a necromancer died they simply possess their own dead body becoming in turn a vampire depending on blood to sustain the body and avoiding sunlight.<!--EndFreetext--!> 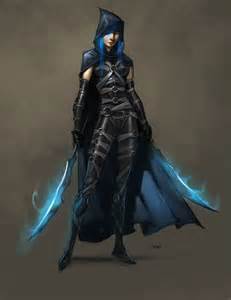 <!--Freetext--!>Mages that have the power of sorcery but use potions as their ability to use magic as they have semi limited magic. As usual they seek wealth or commit espoinage for whatever group or faction they joined, magic becomes their convenient way past well guarded forts or castles. Like all rogues they depend on stealth and distraction as well as traps to slip around the battlefield using heavy hit and run strikes to take down foes or barraging them with series of strikes. Their magic makes their moves more effective and have more consequence in the end yet with a court mage their power comes to a halt.<!--EndFreetext--!> 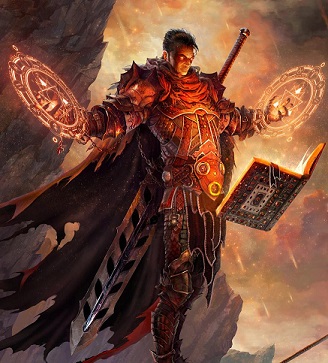 <!--Freetext--!>Mages who profess in using the most extreme forces of nature as well as dark magic and spirit summoning and in some, maybe rare cases will also manipulated time and space. Warlocks bear the ego that they are the greatest mages of all time with a seemingly bottomless pool of mana making them more powerful than even a sorcerer. It is often Warlocks who become the villianous mages in every tale ever told controlling politics, society or whatever they seek to put a leash on to insure they can have no fear of the future, the female Warlocks often look for solutions to extend their youth and the highest feat one would accomplish would be to transform into a giant snake, dragon, shark or balrog.<!--EndFreetext--!> 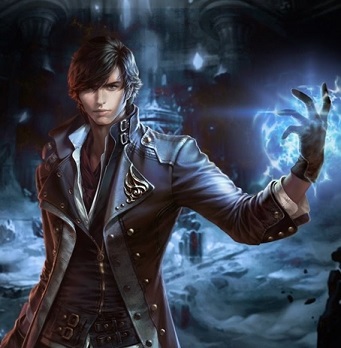 <!--Freetext--!>Mages who use their minds as their power known as 'Force Mages' because the telekinesis or ability to manipulate gravity is considered controlling the forces of fate. Pylons can see the future as well as the past and can in some cases communicate with spirits or use another person's body as a remote viewer without controlling them. Most mages would dismiss Pylons as magical at all since they don't manipulated regular magical forces but instead shift the world about them to restore or to damage it. They can be sometimes mistaken for Clerics instead of real mages by mundanes though they tend to dress in light blues and greys most of the time, the origin of the term 'force mage' came from Dragon Age 2 which a group of mages coming up with a new discipline that doesn't require drawing on nature. In the Elder Scrolls universe they were mostly Snow Elves and Mystic Elves though arguably the Snow Elves were much stronger in it as it became one of the major reasons their culture could rival the Altmer or High Elves. Believeably later in the Elder Scrolls series, force mages founded the Imperial Order called 'moth priests' who's main purpose was to design Elder Scrolls, read them and guard them from villains who'd use them for dark purposes. Those moth priests often dressed in ragged grey robes reasoning why force mages dressed so but they came off as pacifist monks that didn't have interest much in magic. Overall, Pylons are the 'jedis' of fantasy.<!--EndFreetext--!> 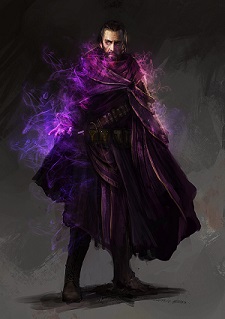 <!--Freetext--!>Mages that can manipulate reality or someone's perspective or even their own appearance, arguable some would say that Doctor Strange is considered a mesmer or an illusionist because he has the power to control the fabric of reality. Mesmers can warp the veil to create portals or use it to restore something destroyed or lost such as knowledge or an artifact they seek after of which to make them invincible or to grant them power over fate itself. Most think they can restore the dead to life but for them restoring a life isn't like restoring an object and the more they use their magic the more they risk ripping tears into the fabric of time, space and reality and at worst could land themselves into a paradox. Their ability to control the flow of time makes them that much more formidable and a mage would have to be very intelligent to become a mesmer for otherwise they are just an ordinary mage.<!--EndFreetext--!> 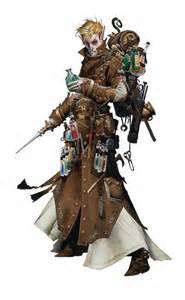 <!--Freetext--!>Mages with basic scientific knowledge enough to craft potions, make runes, craft scrolls, enchant weapons and even make discoveries in the world of magic as well as mechanical contraptions. They use magic on occasion but mostly depend on their potions and the magical bombs they craft, their magic is often directed after tough enemies and made to scatter or break swarms and if they need to, create smoke for their escape. They also deal with magical gems so they can craft armors or anything any non-magical person needs from them. In the Elder Scrolls, an alchemist is a special magical discipline of the Dunmer or Dark Elves and in classic fantasy often the alchemist will dress with a trench coat curved pauldrons and a turban due to how many fairytales about alchemists came from Arabic folklore.<!--EndFreetext--!> 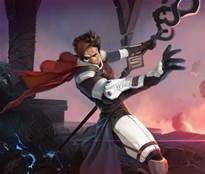 <!--Freetext--!>Mages sworn in oath to a deity much like paladins and templars only they exercise magic that is born of the holier arts like healing, oracling and blessing others. They are part of a priesthood of other clerics like themselves, they battle all evil including demons sparing no vile and vain thing existent in the world. If they caught a Necromancer, a Bloodmage or a Voodoo priest they wouldn't hesitate to behead them!<!--EndFreetext--!>


In A Mages Pack 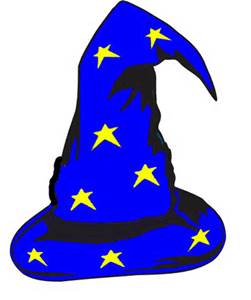 <!--Freetext--!>Mages always have some form of headwear to enlighten and bear the burden of the power they wield so they may overcome all obstacles in the magic world to confront them in the physical.<!--EndFreetext--!> 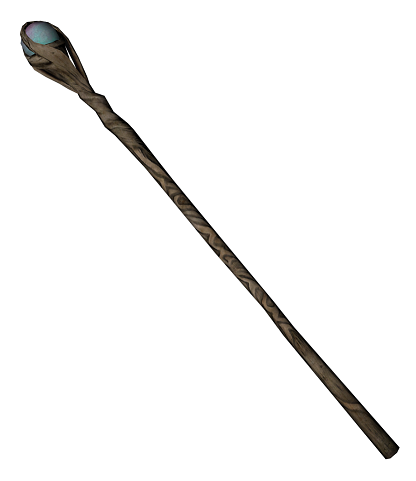 <!--Freetext--!>A mage uses a staff as a weapon or secondary source of magic energy to battle with and use it also as a walking stick for a long adventure.<!--EndFreetext--!>

<!--Freetext--!>Mages have potions all the time to restore manna or health when either one is depleted, they also have them as bombs, coatings or for alchemic purposes.<!--EndFreetext--!> 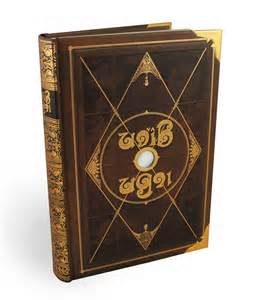 <!--Freetext--!>When a mage lacks the right spell for the moment, puzzle or challenge then he refers to his spell book, he also uses the spell book to learn new spells and enchantments or whatever he desires to know.<!--EndFreetext--!> 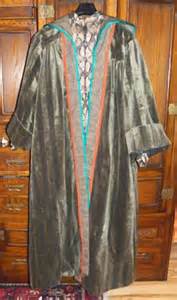 <!--Freetext--!>A Mages coat is amongst the most vital things for a Mage to have next to rings since they all give the Mage a magical boost in using their magic.<!--EndFreetext--!> 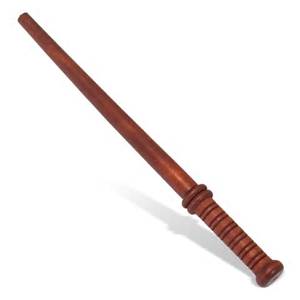 <!--Freetext--!>A sort of angreal item that channels a mages power so they don't deplete manna, it also doubles as a stir stick when they make a brew.<!--EndFreetext--!> 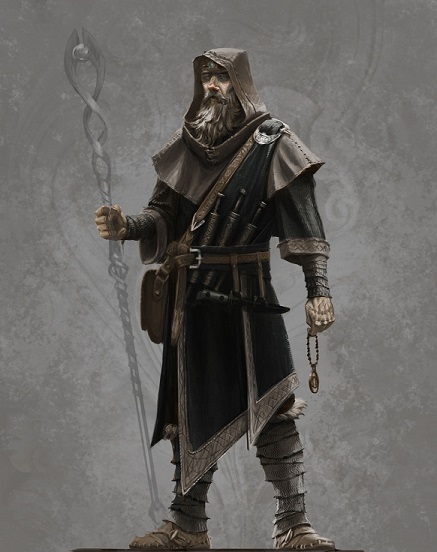 <!--Freetext--!>Mages are most reputed to wear robes as that is how a mage exercises or teaches magic, underneath they wear harem like pants or a lord's pants as well as a regular tie-off shirt. Mages are said to be tailored towards fancy finery in clothing, food, education, trinkets and other things fit for a noble or even a king unless they are the dirty necromancer or even some lowborn ulcifier who's equal trades are theft and assassinating. Beyond the robes and pants and shirt there is also the headwear which for most mages is crucial since some are not strong enough to handle the most extreme forces of nature so they prefer a crown with elemental gems, a turban with a gem, or a cone hat lace with some gems all of which to maintain their mental ability to cast a spell, but the part of their body that takes the most beatings from casting is their hands and feet. In a more ancient world, mages were considered the priesthood communing with divine beings in which to bestow blessings or exort curses according to be reputation of the being they were dealing with. Mages also do rings or gloves, maybe necklaces and all other manners of jewelry to handle the weight of the spellforce. Their shoes are elven inspired with the up-curved toe point or glass-made to dampen the spellforce but overall a mage is the most decorative of all the classes.<!--EndFreetext--!>