<!--ImageGroup--!> <!--Freetext--!>The Infiltrator is cross between the agent and the ninja knowing very well how to do stealth, they are either freelance or contracted or even part of the agency. They carry only half as many weapons as the trooper does being they need flexibility to perform the many tasks they have to perform. They also don leather as part of their outfit since they do their missions with style, they are good at sneaking around, dropping in silently, stopping a fleeing foe, killing their enemies before they know they are there and grabbing sensitive information for their client so long as they don't have to do much technical work. They are essentially the most feared of all the classes in science-fiction because they are the most deadly to run into, they are even more intimidating with their masks that carry tech to aid them in stealth recon. They are also good at rubbish to get past anyone or to get info out of them without them knowing who they leaked it to. They use bladed weapons that many think is far outdated and has no place in a world of high tech, fire arms and mini cannons which they see as more effective, yet the blades are technologically enhanced. They are known for the martial arts and known to take people down one by one if that group isn't very cautious. Remember not to sleep with someone in the infiltration arts or you might be seeing your own throat soon and on other hands you may not wake up again.<!--EndFreetext--!> 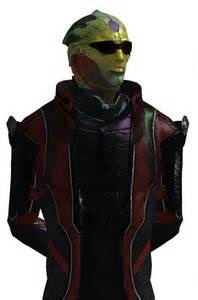 <!--Freetext--!>An agent given assignments by the government to handle big threats to interest of world peace or even to help settle a dispute between corporations preferring action over taking it to the main government. The spectre doesn't do negotiations as the authorities have already done that, but simply handles the crisis and cleans up the mess which is another typical job of an infiltrator. Other parts of his job involve securing important data or otherwise things needed by his noble employer whom believes it crucial.<!--EndFreetext--!> 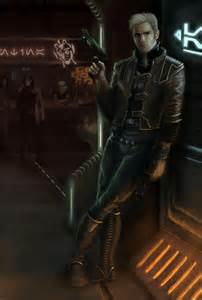 <!--Freetext--!>A free living infiltrator who belongs to no one and only lives by his merits of legality making small deals with cartels or authorities while staying professionally anonymous. Sounds easier than it really is since both sides often put much stock into the interest of seemingly minor things which aren't even close to the larger picture of things. Yet both major and minor things catch their interest which is where the smuggler spends a great deal of time trying to disappear shortly after being investigated.<!--EndFreetext--!> 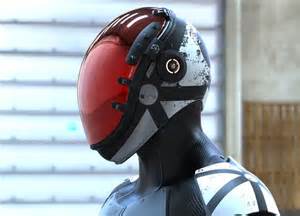 <!--Freetext--!>A sort of assassin infiltrator who by contract takes out threats to a corporate boss or takes down rogues just for leisure. Most often these sorts are psychopaths yet are utilized as useful for being trained strictly as assassins.<!--EndFreetext--!>

<!--Freetext--!>A special kind of infiltrator whom uses martial as well as psionic abilities to overcome all obstacles which makes them first choice agents for any authority when it comes to choosing. Their ability to escape any hardlock situation is unmatched as they can sense their enemies locations and are intelligent enough to know how to plan their escape. Why else were they chosen to be agents? Some are even made to be ninjas, with as much martial knowledge and psionic power as they wield who would be foolhardy enough to take them on?.<!--EndFreetext--!> 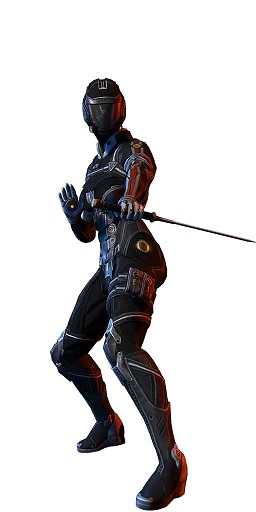 <!--Freetext--!>The outfit of an infiltrator is meant for stealth, being effective in any mission given and removing dangerous targets. They wear a helmet for the purpose of having contact with their client and plotting their course both entry and escape and clearly need to have a light amount of armor or risk getting taken down. They are supposed to go up against a small platoon of enemies and in 'Batman' fashion should take them out one by one, they wear mostly plastic to rubble styled armor but don't need a big amount of it, just a belt, shin guards, sprinting boots, gauntlets and gloves and maybe chest armor where the rest is pure leather or spandex making the mission a walk in the park if they do it right.<!--EndFreetext--!> 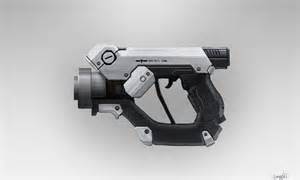 <!--Freetext--!>Pistols not meant to harm but to quiet a target who would attempt to intervene or alarm others is still the grade A tool for an infiltrator even as the agency has evolved.<!--EndFreetext--!> 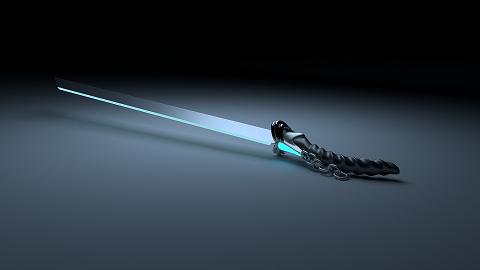 <!--Freetext--!>Part of an infiltrator is a ninja who still uses bladed or brutal weapons for their missions or fights, it makes their fights much quicker this way.<!--EndFreetext--!>

<!--Freetext--!>In all situations the infiltrator has a mask since they have more reasons to conceal their identity than others, they can track enemies with it, get quick info with it and can check out the metabolics at any time.<!--EndFreetext--!>

<!--Freetext--!>Of all the weapons an infiltrator carries, they like best of all the sniper rifle since they can wipe out tough enemies with it before entering the field!<!--EndFreetext--!>